(Sorry Google. I wrote this in 2014 and it's 2021 now. You warned food bloggers to get rid of the personal stories in their recipe posts. I'll take the punishment. This one is staying as written.)

Today is Memorial Day, a day for remembering those who served our country, many never to come home again. It is about honoring men and women like my father and mother, one fighting WWII in Europe and the other working as a riveter at the Benicia Arsenal, a primary supplier of ordnances for the war effort.

My father enlisted in the Army at 17 by lying about his age and a month after his 18th birthday he deployed to Europe as part of the 75th Infantry Division. He says they were known as the "Baby Brigade" because the average age of the men in his unit was just nineteen. As part of the 75th Army Infantry my father fought in the infamous Battle of the Bulge and later in the Colmar Pocket of Eastern France.

My Dad, like many others, rarely spoke of the war after returning home. Reunited with my mother, they began a life together, part of a generation Tom Brokaw would later term the greatest generation. They have been married for 71 years.

Like I do each Memorial and Veteran's Day, I did a little patriotic decorating, barbecued some ribs, and baked a pie. I visited my parents this morning with big slices of pie and Tucker in hand. My mother was baking fresh bread and the house smelled divine. Tucker stood guard on the arm of the sofa, lest we come under attack from elderly people walking their dogs or squirrels in trees. We jabbered about anything and everything. I cracked myself up explaining to them how it came to be that Michael had to pull a chicken off my head at 10:30 last night. I left them trying to decide if the bread was done or needed more time in the oven. We had all thumped it repeatedly by this time.

I like a good barbecue as much as the next gal, but I try to never forget what this day is really about. I was lucky that my Dad came home from war. Many do not, and we should never lose sight of that. We should enjoy family, friends, barbecues, parades, flags and pies. We should be proud of our country and the people who fought and continue to fight for our freedom. I don't always agree with the principle behind the war, but never forget those who serve.

So, throw a burger on the grill and a pie in the oven. This is America after all, the home of the free and the brave.

If you haven't had time to get the pie in the oven I have a recommendation. Several years ago Cook's Illustrated published a recipe for blueberry pie. I had never made a blueberry pie but I decided this would be the Memorial Day pie in my house this year. It did not disappoint! The little secrets shared in this recipe, mainly the addition of a grated granny Smith apple, resulted in a pie with the perfect filling consistency. It was not too runny but not to gelatinous either. It was, perfect. I will make blueberry pie again and this will be the recipe I use.

"This recipe was developed using fresh blueberries, but unthawed frozen blueberries (our favorite brands are Wyman’s and Cascadian Farm) will work as well. In step 4, cook half the frozen berries over medium-high heat, without mashing, until reduced to 1 ¼ cups, 12 to 15 minutes. Grind the tapioca to a powder in a spice grinder or mini food processor. If using pearl tapioca, reduce the amount to 5 teaspoons. Vodka is essential to the texture of the crust and imparts no flavor; do not substitute."

Enjoy your Memorial Day...with pie! I hope my Mom and Dad liked it. Now that I think about it, I never heard back from them. I hope they aren't still thumping that bread!

Roasted Peach cobbler is delicious too! Roasting the teachers before baking the cobbler makes all the difference! 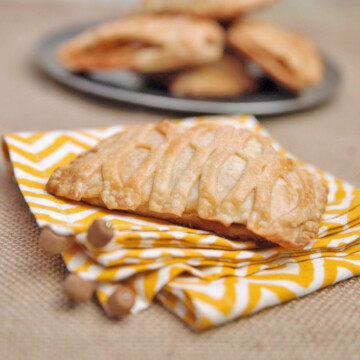 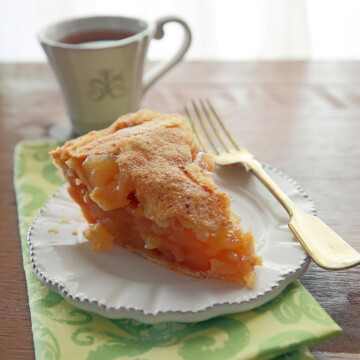 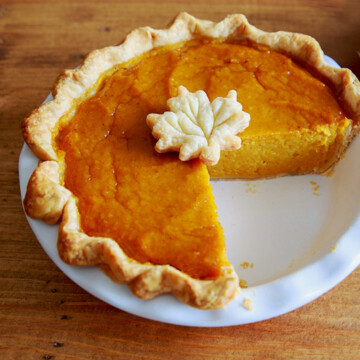