We love the chimichangas at Cafe Delicias in Auburn. I love the chili verde chimichanga and Michael likes the chicken chimichanga. I decided to try to make the chicken version tonight. Michael even called the restaurant and asked how they cook the chicken because he wanted it cooked just that way. Other than forgetting to put the cheese on Michael's they turned out to be delicioso!

With a little help from our friends at Cafe Delicias here's what we did.

Place four chicken breasts with skin and on the bone into a large pot. Add enough water to cover chicken. Add the salt, pepper, garlic, and onion to the pot. Bring the water to a boil them reduce the heat and simmer until the breasts are cooked through. Remove the chicken from the pot and set aside to cool. While it is still warm but cool enough to handle, remove the skin and bones and shred the chicken meat. Pour the liquid through a strainer to remove the garlic and onions and bits of meat. Discard that. Return the shredded meat to the broth and keep warm. Turn on the broiler to melt the cheese after frying. Heat oil in a large pot or deep fat fryer. Test oil by dropping a small piece of tortilla in. If it starts to sizzle and float to the top the oil is ready. If it turns brown quickly, turn the heat down and allow the temperature of the oil to go down before using. Place a tortilla on a cutting board or plate. Remove the chicken from the pot, squeezing with tongs to get most of the liquid out. Place a pile of chicken on the tortilla across the middle but staying at least an inch away from the sides. fold the sides in first then bring the bottom of the tortilla up and fold it over. Use the egg white like glue on the edge. Allow the chimichanga to rest a couple of minutes for a good seal. Using a spider spoon place the chimichanga into the hot oil. Cook till golden brown on one side then flip. Remove from heat and drain on paper towels. Place drained chimichanga on a cookie sheet and cover with as much shredded cheese as you like. Place under the broiler until the cheese melts. Serve on a bed of shredded lettuce garnished with guacamole, sour cream, salsa or hot sauce. Serve immediately. 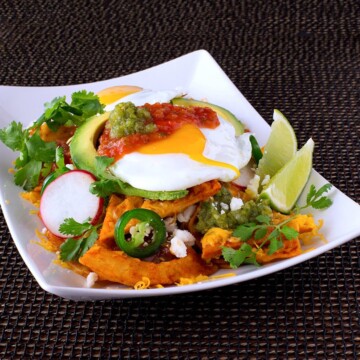 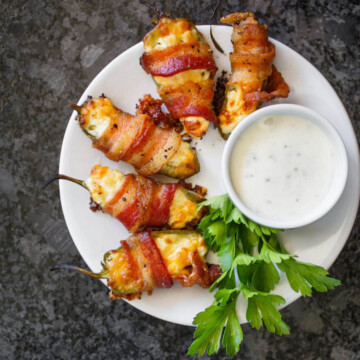 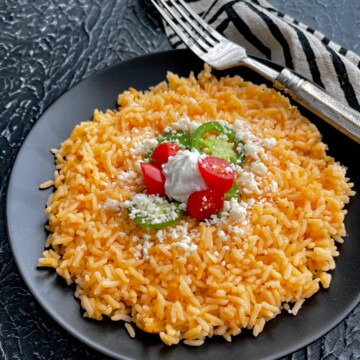 South of the Border Chorizo Potstickers 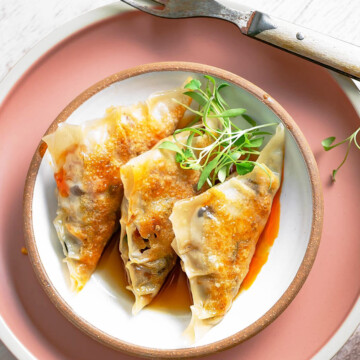