We journey to El Salvador for dinner. Courtesy of Diners, Drive-Ins, and Dives, we are trying a recipe for papusas tonight. Pupusas are similar to corn tortillas, only thicker and stuffed with cheese, beans or meat. The pupusa originated in El Salvador, but it is also popular in neighboring Honduras. Pupusas are traditionally made by slapping the dough back and forth between greased palms. A tortilla press is quicker and easier for beginners. That works for me! I happen to have one I bought a few weeks ago. Traditionally papusas are served with a pickled cabbage side dish called curtido with salsa roja on the side. Salsa roja is not a Mexican style salsa rather an oregano flavored mild tomato sauce. I researched all the different varieties of papusa fillings and settled on a pulled pork with cheese. A nice pork shoulder roast in the crock-pot for five hours yielded some juicy pulled pork. I went with a Mexican style cotija cheese blend to go with the pork. They were delicious. I made mine big since we were having them for dinner. Michael ate two and I almost finished one. The sauce was wonderful and the pickled cabbage a perfectly crunchy accompaniment. Follow along for the recipes and pictures of the steps involved. Not only were they tasty but I had fun all day making them!

Trim most of the fat from the pork and cut it into big chunks. Season with salt and pepper. Place in a crock-pot on high, cover with water and cook for five hours until the meat pulls apart easily. Pull the meat apart, discard the fat and reserve the meat for later.

Heat the oil in a saucepan over medium flame. Add the onion, garlic and chile and sauté for 2 to 3 minutes, or until the onion is translucent. Stir in the tomatoes and oregano and simmer for about 10 minutes. Remove from heat and cool a bit. Puree the tomato sauce in a blender until smooth, adding a little water if needed. Add salt and pepper to taste, stir in cilantro if using and serve. Note: after reading the reviews of this recipe I found a lot of people complaining that the sauce was pink and not rich looking. To avoid that, I added a step at the end. Before puree stage, I heated another 2 TBS of olive oil in a non-stick pan. Using a spider, I removed the chunks of tomatoes from the sauce. With the oil on high heat, I fried the tomato chucks until dark brown. I then added it back to the remaining sauce before pureeing in the food processor. The sauce ended up rich and dark red.
Curtido:
Place the cabbage and carrots in a large heat-proof bowl. Pour the boiling water into the bowl to cover the cabbage and carrots and set aside for about 5 minutes. Drain in a colander, pressing out as much liquid as possible. Return the cabbage to the bowl and toss with the remaining of the ingredients. Let set at room temperature for a couple hours if you like. Then chill and serve as an accompaniment to pupusas or as a side dish.
Papusas:

In a large bowl, mix together the masa harina and water and knead well. Knead in more water, one tablespoonful at a time if needed, to make a moist, yet firm dough. (It should not crack at the edges when you press down on it.) Cover and set aside to rest for 5 to 10 minutes. Roll the dough into a log and cut it into 8 equal portions. Roll each portion into a ball. Place the ball on the tortilla press between two sheets of plastic wrap.

Using your hand and not the lever, press the ball into a round about 5 or 6 inches wide and about ¼-inch thick.

Continue until all eight balls are pressed into rounds.   If you don't have a tortilla press, place the dough between two pieces of plastic wrap or wax paper and roll it out with a rolling pin.

Place a couple of tablespoons of pork on four rounds.

Place cheese on top of the pork.

Place the round with the filling over the top of the filled one and secure the edges.  Heat a greased skillet over medium-high flame. Cook each pupusa for about 1 to 2 minutes on each side, until lightly browned and blistered. Remove to a plate and hold warm until all pupusas are done. Serve with the cabbage and salsa roja. 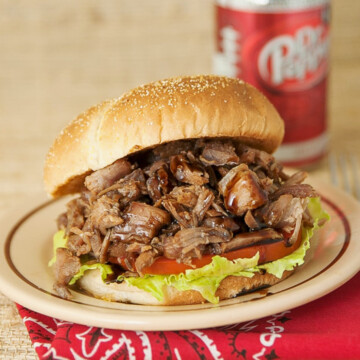 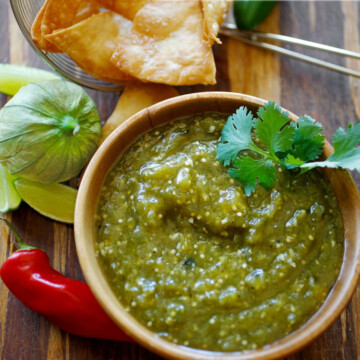