The Attack of the Killer Tomatoes is in full swing. I harvested a huge bounty of Big Beef, Better Boy, Yellow Pear, and red Cherry tomatoes yesterday.

I didn't want to make tomatoes sauce on the stove again, and since we are expecting cooler temperatures today, I decided to use my oven! That's a bold move since I don't have an A/C vent in there and the kitchen heats up quickly. This better be worth it. From the aroma coming from my kitchen I think it will be.

I washed, cored and quartered the large tomatoes and left the cherry tomatoes whole. I cut up a medium sweet yellow onion and minced eight cloves of garlic. I tossed it all on baking sheets with a little olive oil, salt and pepper.

The vegetables were roasted in a 425 degree oven for about an hour.

The tomatoes were cooked until most of the liquid reabsorbed.

I then placed them under the broiler for a few minutes to get a little char on them.

I allowed the tomatoes to cool briefly then placed them in a food processor.

I had to work fast to avoid eating them with a spoon!

I pulsed three times then removed some of the chunky sauce to use in my Shakshuka recipe.

You can use this sauce chunky or continue pulsing until smoother.  It is now ready to use however your heart desires! This smooth batch will be used in a red sauce for pasta, maybe tomorrow. If not, it can be refrigerated for a couple of days or frozen until ready to use. 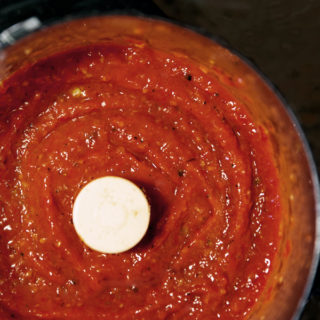 Keyword garlic, onions, roasted, tomatoes
Tried this recipe?Let us know how it was! 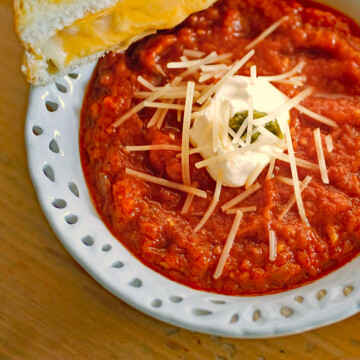 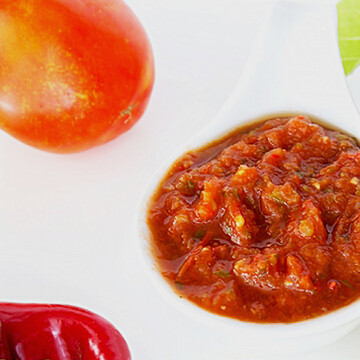