Corned beef hash, made from leftover corned beef, is one of the best reasons to make corned beef. I said the words corned beef three times in one sentence. That is almost the same number of times I have eaten it in the last 24 hours. I used the last chunk of corned beef this morning to make hash. I took a shortcut and used packaged, shredded hash browns from the refrigerated section of the store, usually located near the eggs. I have not been as successful using fresh potatoes but these grated, partially cooked hash browns worked well. Michael and I both like canned corned beef hash. I know, I know, but we like it! So, I took another shortcut and grated the corned beef using the largest side of my box grater. The result was a consistency more like canned corned beef hash, which we like! I went ahead and grated the onion while I was at it! You can see the ratio of corned beef to potato to onion here.

I mixed all three in a large bowl and seasoned it with salt, pepper, and a little chopped parsley. That was all I did to it.

I added a couple of tablespoon of oil and a tablespoon of butter to a non-stick pan and cooked the hash, leaving it undisturbed until golden brown on one side. Then I flipped it over and browned the other side. I served it in small, preheated cast iron skillet, perfect for one serving. Topped with a sunny side up egg, a little hot sauce, and a slice of buttered rye toast it was heavenly, and so easy to make. 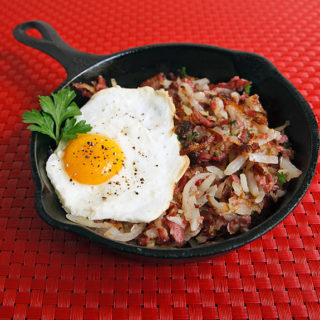 Keyword beef, corned, hash, hash browns
Tried this recipe?Let us know how it was! 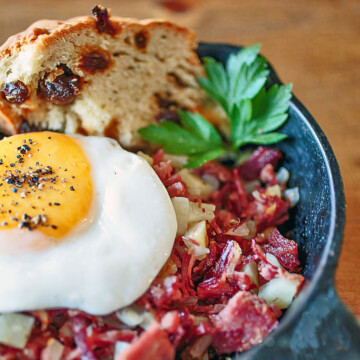 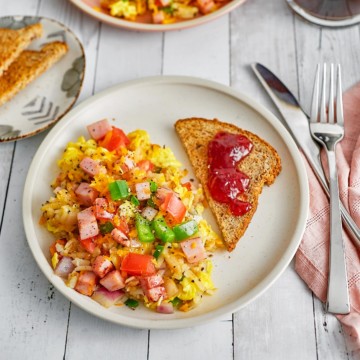 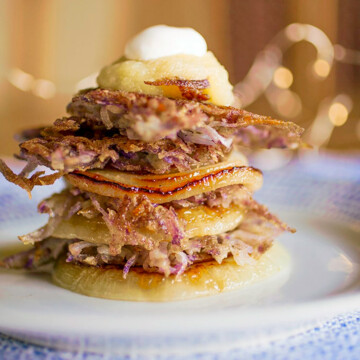